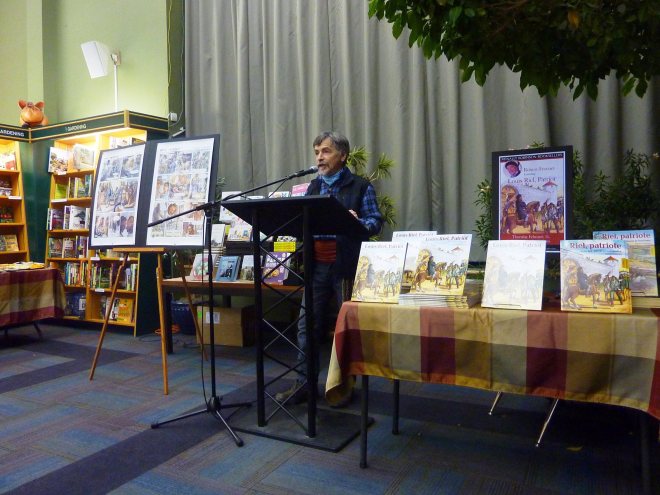 The full-colour graphic novel in English, Louis Riel, Patriot is officially launched! (The final French volume was also released.) Thank you to all who came to the launch in Winnipeg! We’ll keep you informed regarding other launches in other Canadian cities.

In the meantime, check out what they’re saying about it in the media: